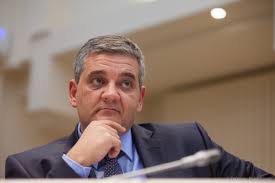 This afternoon, the Ministry of Defense of the Russian Federation handed over to the Defense Attaché of the Embassy of Belgium in Moscow so-called evidence that would demonstrate that Belgian Air Force F-16 aircraft were responsible for an air strike carried out in the Aleppo region in the early hours of 18 October, causing a number of civilian casualties. This so-called evidence consisted of a map with a flight trajectory, allegedly flown by Belgian aircraft.